The winners of the 2022 Wandsworth Civic Awards have been celebrated at a special awards ceremony.

The Mayor of Wandsworth hosts the annual award ceremony at the Civic Suite to shine a spotlight on people who make fantastic contributions to day-to-day life in the borough.

Nine awards were given to people and teams from across Wandsworth, recognising the efforts they have made to helping others.

Entertainment on the night was provided by the ‘Mega’ band from Ark Putney Academy (pictured below) and Wandsworth Young Musician winners pianists Mia Odeleye and Mouktik Adhage.

Wandsworth Mayor, Cllr Jeremy Ambache, said: “The annual Civic Awards ceremony is our chance to say a heartfelt thank you to those unsung heroes in the community who add so much to life in Wandsworth and make a real difference to the borough and people’s lives.

“We have many community champions who selflessly give up so much of their time to make Wandsworth the special place it is - and I would like to extend my personal gratitude to everyone who made nominations this year, highlighting the brilliant work that goes on every day in our wonderful and vibrant borough.”

The recipients of a 2022 Civic Award were:

A volunteer at Be Enriched’s Community Canteen Bridget has devoted around 1,500 hours of her personal time to supporting and meeting the needs of visitors at the canteen, making them feel at home.

A key member of the British Legion, St John's Ambulance and Putney Rotary Leslie has played an active role in local politics for many years and works hard to commemorate the sacrifices of the Armed Forces.

Three years ago Emily set up the Moishe House to provide support for the Jewish community in Wandsworth. She is also heavily involved with the Wandsworth Arts Fringe and runs the Words of Wandsworth.

Nadia is a Ukrainian student at Southfields Academy who has devoted her time to helping young Ukrainians and their families forced to flee their country because of the ongoing war.

Mohamed founded the Elays Network in 2003 to help develop and inspire many young people in the community to reach their full potential. Mohamed believes that communities should work together to create a more united society.

Rowan is a member of Putney Community Gardeners - a resident-led group that works on planting, cultivation and composting projects around a patchwork of green, wild and growing spaces on the Ashburton Estate in Putney.

Wandsworth Welcomes Refugees has helped raise awareness of the needs of refugees and displaced people across the borough, forming a central point in a network of organisations that help. They won a special group award.

Robert (pictured below) sadly passed away earlier this year, but his work leading Wandsworth Living Streets will have a lasting impact,  creating safer streets for pedestrians. His daughter collected a posthumous Civic Award for Robert at the awards. 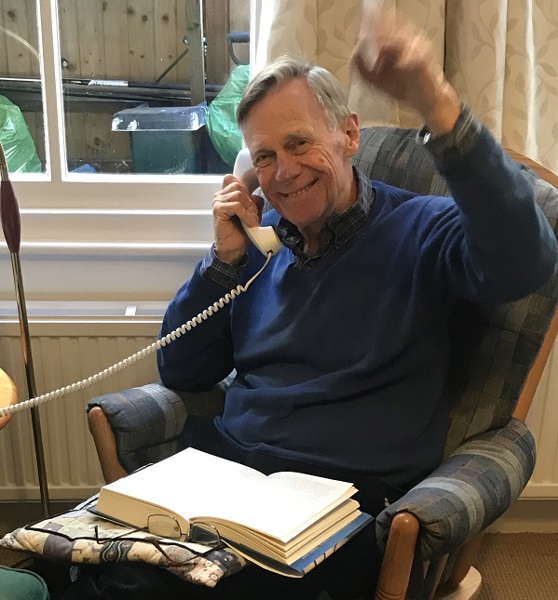