Wandsworth to help support the campaign against Heathrow’s third runway

Wandsworth Council has provided the No Third Runway Coalition with much needed funds to help continue to campaign and provide effective opposition to the plan to build a third runway at Heathrow. 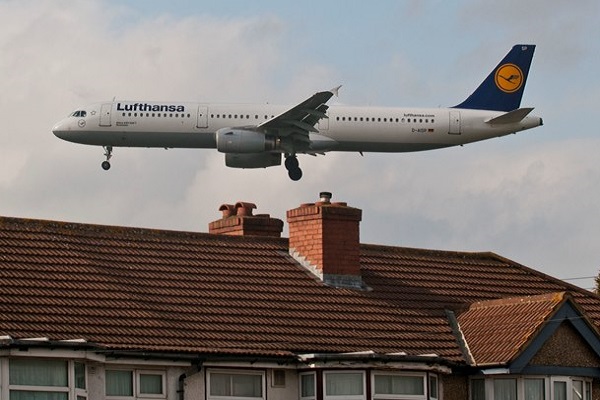 Wandsworth has long argued against the case for a third runway and the huge impact it would have on the local environment, noise levels and residents' overall health and well-being.

It joined forces with five local councils, Greenpeace and others to legally challenge the Government’s decision to allow the runway and in 2020 the Court of Appeal ruled that this decision was unlawful, as it was at odds with commitments to limit rises in global temperatures.

However this ruling has since been overturned by the Supreme Court meaning the campaign to stop the runway continues.

The council is providing £5,781 to the No Third Runway Coalition in support of its ongoing core costs and to ensure their work in providing effective and influential opposition to Heathrow’s expansion and its impact on local communities can carry on.

Wandsworth Council Leader Ravi Govindia said: “For two decades when the third runway at Heathrow was first suggested this council has opposed it because we knew it would blight the quality of life for our residents.

“We know the devastating impact that flight paths will have, with noise being concentrated for longer periods in some areas, whilst other communities will see flights over their homes for the first time. And we also have significant concerns about the air quality and climate impacts of allowing this expansion to go ahead.

“I’m very happy to be able to help fund the brilliant work being done by the No Third Runway Coalition who are hugely influential in highlighting the impact of aircraft noise on residents’ everyday lives and giving a voice to those who are most affected. The threat of a third runway being operational within the next decade is very real and we are determined to stand alongside our partners and work with the No Third Runway Coalition to do everything we can as a council to stop this happening."

Chair of the No Third Runway Coalition steering group, Paul McGuinness, said: “We are very grateful for this contribution from Wandsworth Council which will go towards our running costs. Wandsworth has been there from the start campaigning against the third runway because it knows the impact it will have on its residents. The No Third Runway Coalition will continue to campaign and research and with the help of councils like Wandsworth we are determined to stop a third runway ever being built.”