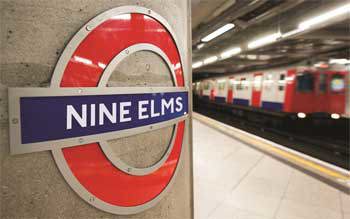 The Tube is coming to Battersea, with one new Northern line station at Battersea Power Station and a second near Sainsbury’s on Wandsworth Road in autumn 2021.

The railway viaducts, so long a barrier, are being brought to life with arches used to provide space for new business, community and cultural uses, as well as being opened up to allow for footpaths and cycleways.

The location of new transport links in Nine Elms.

A new pedestrian and cycle network is being created, opening up safer and more direct routes through the area and beyond.

Up to Nine Elms