The Mayor of Wandsworth visited one of the ‘super sewer’ construction sites to send off a tunnelling machine digging a 1km tunnel under Wandsworth to help tackle sewage pollution in the River Thames. 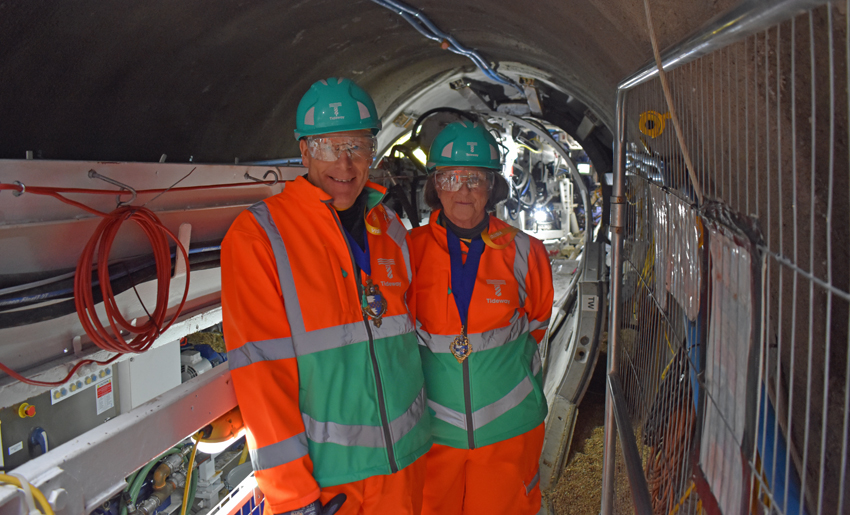 The Mayor and Mayoress at the Dormay Street site

When the project is complete in 2024, the 1.1km tunnel will take sewage overflows from King George’s Park into the main 25km Thames Tideway Tunnel at Fulham, where it will be transferred to east London for treatment.

The Mayor of Wandsworth, Cllr Piers McCausland visited the Dormay Street site last Thursday with the Mayoress, Elizabeth McCausland. He said: “The new tunnel will pick up sewage and take it to be treated, rather than polluting the river, which is great for the environment and certainly a huge improvement. I think that’s of great benefit to the people of Wandsworth and the people of London.”

Ciaran McQuaid, Project Manager for Shafts and Tunnels at Tideway, said: “While our tunnel is a bit smaller than the main super sewer, it will play a vital role in helping to clean up the River Thames by helping to stop around 100,000 tonnes of sewage ending up in the river. The team is really looking forward to getting to work on tunnelling and getting Charlotte to King George’s Park later in the year.”

Charlotte will tunnel at around 25m deep, travelling 500m from Dormay Street to King George’s Park. She will then be transported back to Dormay Street and tunnel another 600m under the River Thames to connect to the main tunnel at Tideway’s Carnwath Road site later this year.

Instead of building a new machine from scratch, Tideway is using a refurbished TBM that has been used on seven projects, including a Thames Water project in north London. 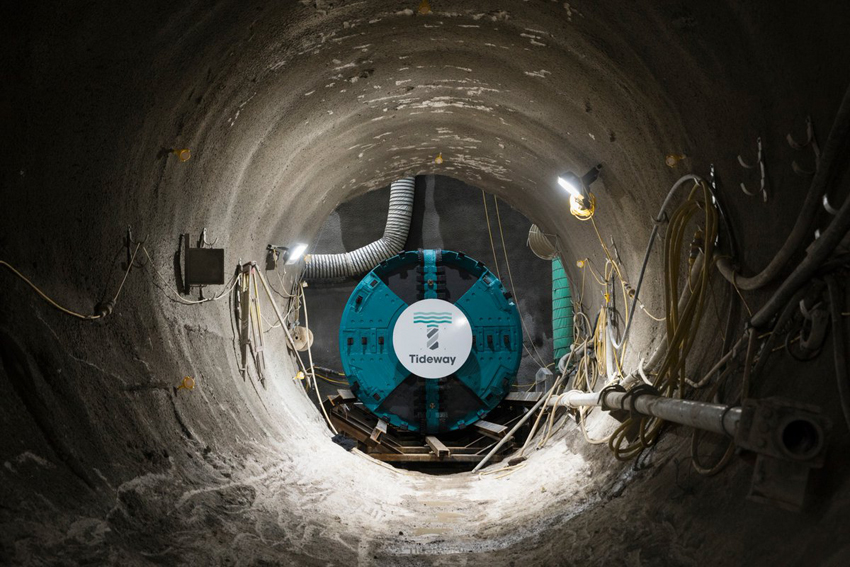 Kevin Dollard, Section Manager on the Frogmore Connection Tunnel, said: “Because of the dimensions of the tunnel, we were able to refurbish one of Morgan Sindall’s Tunnel Boring Machines instead of building a new one from scratch, testament to our approach towards sustainability and the circular economy. Some of our team have even worked on the TBM before on other projects, and are looking forward to seeing the machine up and running again to build a new, important piece of infrastructure.”

The refurbished Lovatt machine, originally built in Canada, has been given a female name as is tradition with tunnelling machines. Charlotte is named after Charlotte Despard - a key leader in the Suffragette movement and political activist who lived in Wandsworth and spent much of her time doing charitable work in Nine Elms.

Another TBM also launched from Battersea last week, and is named Ursula after Audrey ‘Ursula’ Smith, a British cryobiologist at King’s College Hospital. She joins Millicent, named after suffragist Millicent Fawcett, who was the first Tideway TBM to start tunnelling in November last year.

Find out more about the project at tideway.london