Initial results from the council’s air quality monitoring stations at seven sites across the borough show a drop in harmful pollutants.

In Putney mean levels of nitrogen dioxide (NO2) measured on the High Street kerbside monitoring station were 66 micrograms per cubic metre. In 2017 the figure was 76.

There was also a fall in the number of hours NO2 levels breached EU guidelines, from 76 to 25. The fall is even starker when compared to 2016, when there were 1271 breaches. The majority of these breaches occurred during the morning rush hour.

Previous research carried out by the council showed that buses were a large contributor to pollution in Putney. The council lobbied TfL for cleaner buses and last year Putney became the capital’s first low-emission bus zone. The council also introduced a daytime delivery ban for lorries and is currently working with TfL to improve traffic flow down Putney High Street.

Elsewhere in the borough, levels of PM10, which is small particles of pollution carried in the air, fell across the board. The number of days that levels exceeded EU limits halved in Nine Elms (from 16 to 8) and Lavender Hill (4 to 2) and fell from 11 to three in Tooting High Street.

These figures will now be sent for checking by independent auditors and will form part of the council’s annual report on air quality submitted to the Greater London Authority later this year.

Last year Wandsworth revised its five year Air Quality Action Plan, with a further 50 actions to reduce pollution levels, including measures to reduce pollution from council vehicles and buildings, promoting greener travel to staff and embedding air quality in all aspects of the council’s work, including procurement and planning.

Wandsworth is working with Transport for London (TfL) to bring in cleaner buses across the borough, with an additional low-emission bus zone established in August between Wandsworth and St John’s Hill. TfL estimate an NO2 reduction of 91 per cent along this route. Read TfL’s evaluation of both routes.

The council is also working closely with the construction industry to reduce pollution from building sites. It has a dedicated construction site compliance officer inspecting sites, and an air quality officers working with the whole Nine Elms community, including schools 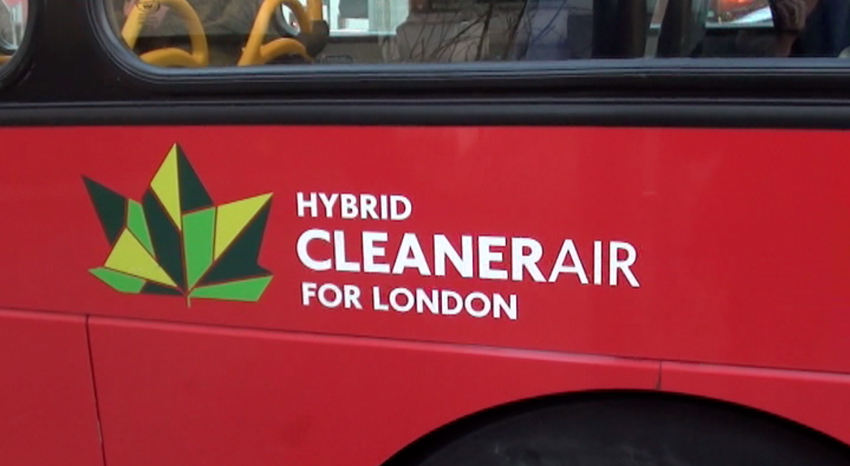 The council has lobbied for cleaner buses

Reducing pollution around schools is a key aim. Enforcement officers have been trained to issue fixed penalty notices to drivers who leave their car engines idling and officers have visited schools and talked to parents to persuade them not to leave engines running at pick-up and drop-off time.

Three Idling Action Days are planned for later this month and in March, and Wandsworth is seeking volunteers willing to help out. You will need to spare around two hours on each day. If you can help visit https://idlingaction.london/volunteers/

The council’s transport and air quality spokesman Jonathan Cook said: “I’m delighted that for a third year running air pollution levels appear to have dropped dramatically, especially in Putney. Our close and increasingly joined-up focus on this issue, together with effective working with partners such as TfL, has certainly paid off. We will also continue to make it easier for people to choose greener travel, such as electric cars and would encourage people to use more active methods of travel such as walking and cycling whenever they can.

“We will continue to work hard to reduce pollution levels still further, and are keen to work with the local community to help achieve this. Please get in touch if you can help with our anti-idling work outside schools.”

Find out more at www.wandsworth.gov.uk/airquality.