Past and future - Clapham Junction

Clapham Junction (or should it be Battersea Junction?) is at the heart of our borough. It’s one of the region’s main transport hubs, is a popular destination for shopping and nightlife, and its name is the source of ongoing controversy. 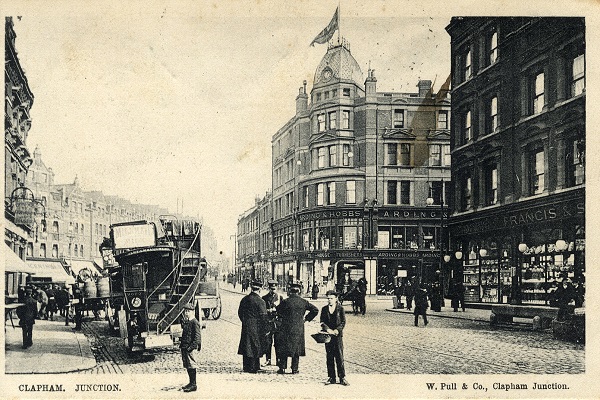 As the borough recovers from the Coronavirus pandemic, Wandsworth Council, through its Smart Growth plan, is seizing the opportunity to make profound changes that will make it a greener, better place to live. In a series of articles, we are exploring the past and looking forward to the future of our borough.

The story of Clapham Junction is closely aligned with the history of the railways. Previously Battersea was mostly agricultural land (especially lavender – hence Lavender Hill). In 1856 three railway companies who each had trains running through the area got together to build a station at the junction of several lines. 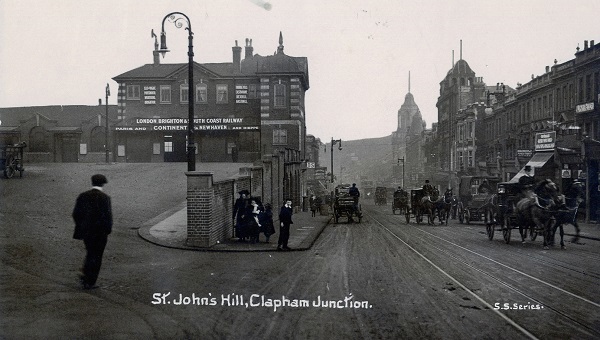 It is likely that the Clapham part of the name was an attempt to appeal to upper class passengers, as it sounded posher than Battersea Junction. However, this bit of marketing has led to decades of confusion, with many people, including local shops, convinced they are in Clapham, more than a mile down the road.

Eventually a campaign called Love Battersea started lobbying shops, including local estate agents and Asda, to remove Clapham from their signs. They also successfully persuaded Network Rail to install a sign at the station saying ‘Welcome to the Heart of Battersea’. 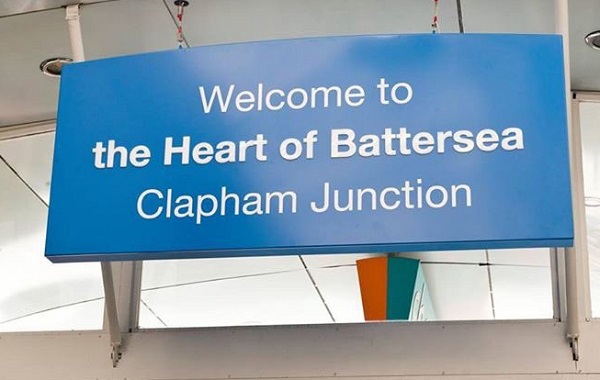 Before the pandemic more than 2,000 trains a day – or up to eight per cent of the total number of UK train journeys - passed through, making it the UK’s busiest railway station. In its draft Local Plan, currently out to consultation with local people, the council proposes reconfiguring the station to increase capacity, improve the experience for passengers and better serve the fast growing communities  to the north of the borough. It also looks at creating a new public square and station entrance.

The arrival of the station brought a boom in housing and shopping. The Falcon Brook and Heathwall River were covered over and during the Victorian and Edwardian thousands of homes were built in surrounding streets, including the Shaftesbury Estate. Many of these are still family homes today, adding to the character of the area.

The distinctive shopping street Northcote Road is a particular gem and the draft Local Plan is also looking at the area around Falcon Lane to see if more shops, homes, offices and transport links can be provided. The plan also explores other options to reduce the amount of traffic passing through the town centre, and at improving sustainable transport including walking and cycling. 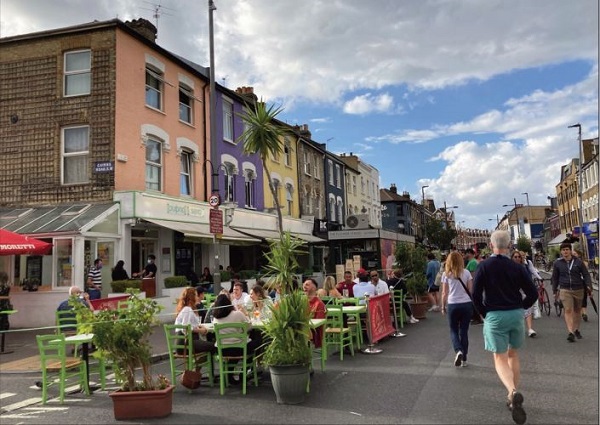 In the 1960s, as part of the council’s slum clearance scheme, estates including the Winstanley, York Road, Doddington, Rollo and Kambala were built. Today these estates are being made fit for 21st century living. Construction is due to start shortly at the Winstanley and York Road Regeneration Area. This is expected to deliver up to 2,550 new homes, including replacement new homes for all existing council tenants and resident freeholder and leaseholders. 35 per cent of the new homes will be affordable, including homes for rent.  A new park, leisure and community centre, library and nursery is also planned.

Several key buildings help give the area its character.  The Falcon pub is reputed to have the longest bar counter in the UK, and an inn has stood on this site – a major coaching route out of London – for hundreds of years. The former Battersea Town Hall became the Battersea Arts Centre in 1974. The Grand opened as a variety hall in 1900 and, following a spell as a bingo hall and then closure, was extensively renovated and is now a live music venue. It’s now struggling because of the pandemic, and has launched a crowdfunding campaign. 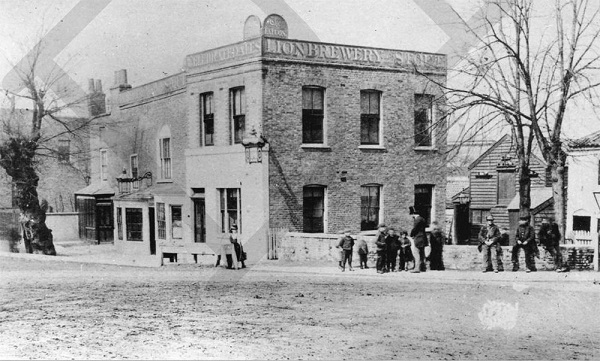 The Falcon Pub in 1860, before it was rebuilt

Landmark store Arding and Hobbs opened in 1884 and anyone growing up in London will have been very familiar with their radio and TV ads.

The council considers the Arding and Hobbs building a ‘heritage asset’ and although Debenhams, a victim of the downtown in retail, has shut, planning permission has been granted for its refurbishment into a mixed-used building including retail, offices, leisure and a restaurant.

Leader of Wandsworth Council, Cllr Ravi Govindia, said: “This is a crucial time for Clapham Junction. The downturn in retail, exacerbated by the pandemic, has led even heavy hitters like Debenhams to close their doors. We are determined that the Arding and Hobbs building remains at the heart of a thriving town that retains and celebrates its unique character and heritage.

“This is the time to rethink our town centres and take local people along with us. When the pandemic is over we want Clapham Junction to continue to be a destination for shoppers or people enjoying an evening out, but with better homes, transport links, leisure, plenty of green space and better connections between different parts of the town to create a cohesive, strong community.”

Find out more about Clapham Junction from The Junction business improvement district.

Read the Wandsworth Local Plan Clapham Junction Area Strategy and find out how you can contribute your view.