The travelling public are being advised that the start of a major refurbishment project at Wandsworth Bridge is now less than a fortnight away. 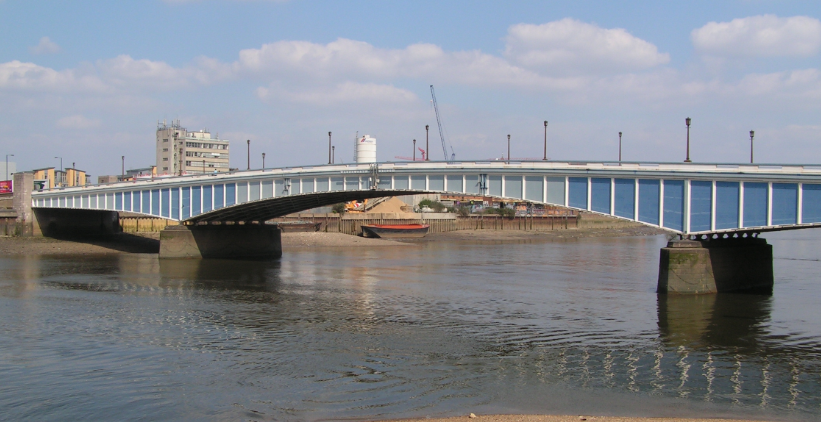 The works are part of a £6m refurbishment scheme scheduled to begin on July 20. The project was due to begin earlier this year but was delayed because of the Coronavirus lockdown and the need for engineering staff to stick to social distancing guidelines.

The scheme will be split into two phases. Phase one, which is expected to last around two months, will involve work to the road surface and the parts of the bridge normally accessed by the travelling public.

During this initial phase, traffic flows across the bridge will be maintained in both directions but restricted to single lanes. At certain points during this period there are likely to be overnight lane closures northbound to allow the works to progress. At these times diversions will be signposted to Putney Bridge. Pedestrian access should not be affected by the works.

The remaining ten months of the refurbishment scheme will involve works to the underside of the bridge and should cause minimal disruption to the travelling public.

The works include structural repairs, carriageway resurfacing, waterproofing and corrosion protection. The bridge will also be repainted to significantly improve its appearance and protect its steel structure.

Eco-friendly low energy LED floodlights will be installed underneath its arches so they can be lit at night – making it more of a landmark feature of the river in a similar scheme to the one recently carried out upstream at Putney Bridge – and a common feature on many other Thames crossings.

Transport spokesman Cllr Paul Ellis said: “This is a major refurbishment scheme to ensure this important Thames bridge remains in full working order and open to the travelling public for many years to come.

“We take our responsibilities for maintaining our parts of London’s vital transport infrastructure very seriously indeed which is why we have been planning the refurbishment for some time and why we set aside the funds to pay for it in 2018. Our efforts should ensure the bridge remains in excellent condition long into the future.”

Around 40,000 vehicles cross the bridge every day. Before the lockdown took effect, this number had significantly increased after Hammersmith Bridge was suddenly closed without warning in April of last year.

Funding for the project is coming from the strategic community infrastructure levy (SCIL) which is money levied on property developers in the borough to help pay for important infrastructure projects.

The first river crossing here was built in 1873 but demolished in 1937 and reopened in its current guise in 1940. According to some reports it was painted in light shades of blue as camouflage against Luftwaffe air raids.